Del Taco stops serving their hashbrown sticks at 1030. So I had to fly out of my fart-filled sleeping bag at 10 and shower hella fast so I could ride my bike to Del and eat the fuck out of those things. I was ten minutes late but those crazy Mexican bitches still made them for me anyway.

I usually order a half pound green burrito with no cheese and cram-jam some of the hashbrown sticks up in there. Then I pour about 80 Del Scorcho packets on each bite and reverse barf the living shit out of it. Since I don't eat much anymore cause I'm fucking homeless, this meal fills me up. It could also be the gluten intolerance just making me bloated like a menstrual soccer mom. 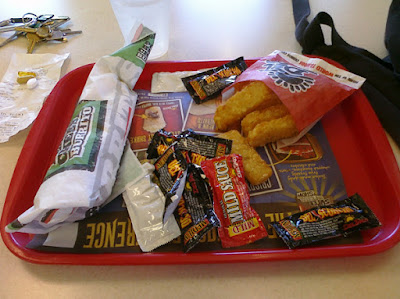 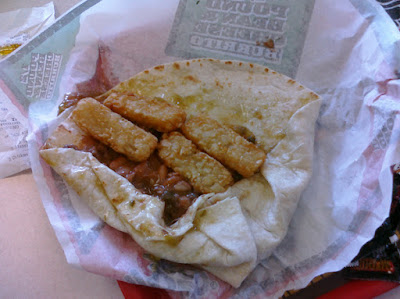 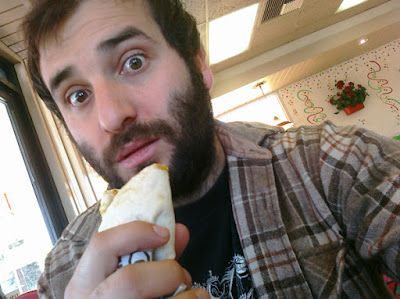 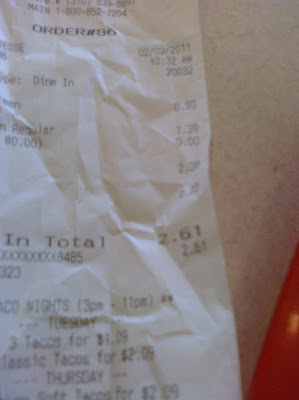