So this weekend my pals and I went camping in Apple Valley. Out in the IE they have this place called Bakers. Basically its the best fast food ever, Brett Winterson will agree. Every time we go to the hot springs out there we stop at Bakers. I get the same thing every time. It's called the Grilled Boca Burger Papa Meal. I'm guessing it's named after Biggie Smalls or Papa Smurf, either way it's cool with me. To make this meal vegan you need to tell them not to put individually sliced American cow pus on it. Also tell them to not squirt Thousand Island on it.

The burger comes with a large fry which is their smallest order of fries and a large soda. They don't have Dr. Pepper so order Mr. Pube instead. The best part about Bakers is they have Habanero Ketchup and Hot'er (pronounced Hoe-Tea-Air) Sauce (I think it's French or something).

So basically you have to slather everything in these sauces. I dump about 60 packets of each onto the serving tray and just motorboat the pile, then I fall asleep in the booth until they kick me out.
So next time you are in the Inland Empire for some god-forsaken reason, stop by Bakers, eat some Boca Burgers and jam one out in their restroom. 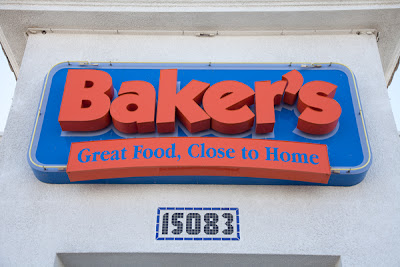 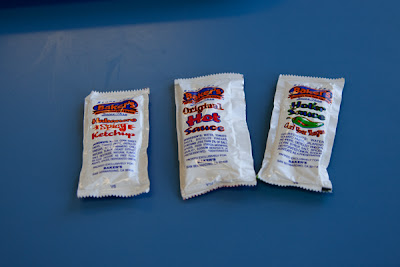 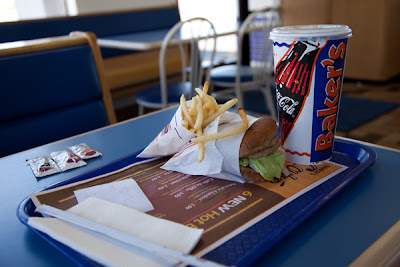 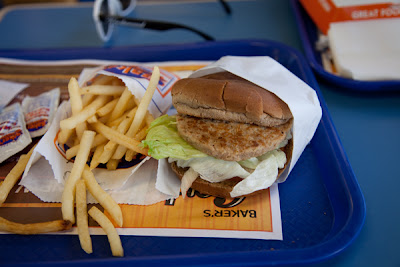 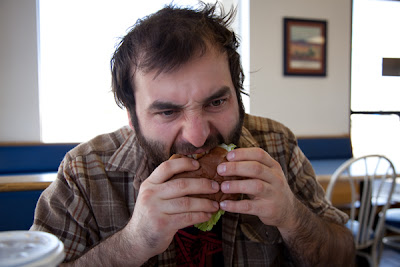 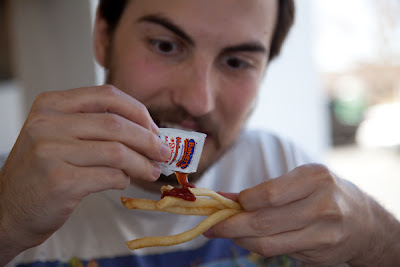 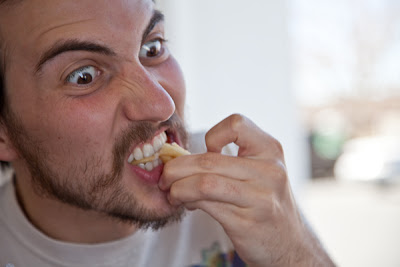 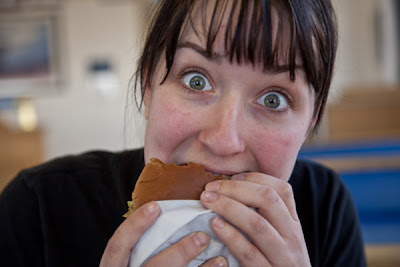 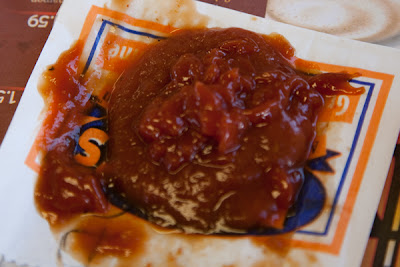 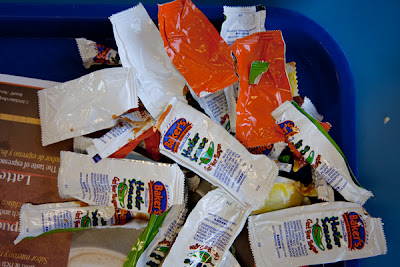