This place used to be owned by my high school best friend Carlos' parents. A few years ago I think they sold it to his aunt or uncle or something. Carlos turned vegan the same time I did back in 98-99. His parents always had this restaurant but since he was vegan at the time he made them put shit on the menu that was vegan. Basically just replacing the meats with fake meats. So since then I recall the place gaining more customers from the younger vegan community.

The food is Peruvian. If you don't know anything about Peru, they invented quinoa. The Incas and all of Mexico and South America invented a bunch of crap before the Europeans did. They invented the number zero, brick buildings, human sacrifice, they invented buttsex wayyyyy before the Greeks and they invented the cardinal points along with all space and time. Basically Latin America is superior to Europe in every way. Then the white man came and claimed to have known these things for years. They only thing the white man invented were diseases to kill all other races.

So back to El Misti. Since the ownership change the new wait staff seem to know nothing about vegans. They kept telling me that stuff on the menu clearly noted as "Vegetarian only, not vegan" was totally vegan. I didn't believe them at all. So I ordered the stuff that I knew was totally vegan.

They ran out of the Soy Chicken & Rice so we got the Quinoa Tofu Stir Fry with Beef instead of Tofu. We also ordered the Veggie Cau Cau which is soy fish with some other crap.

The food took forever to get to us and the waitress knew it so she brought us vegetarian tamale on da haus. On the menu it states this thing is vegetarian only not vegan so I let Vanessa eat it cause she eats that crap. I'm guessing there is maybe like egg or something in the masa cause there was not cheese in it anywhere.

The Stir Fry was AMAZING. I'm not a quinoa fan in any way, but it went perfect with the beef, onion, bell peppers and FRENCH FRIES. Yes you read that correct, FRENCH FRIES in stir fry, fucking genius. This has inspired me to put french fries in everything. French fries on pizza, french fries in oatmeal, french fries in quiche, the sky is the limit. The spices in this dish were amazing, sorta like a Thai spicy noodle dish. It rocked my johnson.

The Veggie Cau Cau on the other hand was not so hot. I mean I still ate the crap out of it, but the fish was hard rubbery chunks of wheat meat and the vegetables in it I'm pretty sure were just Veg-all. It was spiced amazingly but the meat substitute was not of the highest caliber.

The next morning my innards were ravaged by Viracocha creating diarrhea of sea foam. Thank you for your blessing.

Overall I rate it 4/5 Plunges.

So please support underground Peruvian vegan dishes and next time you are in Orange County go to El Misti. 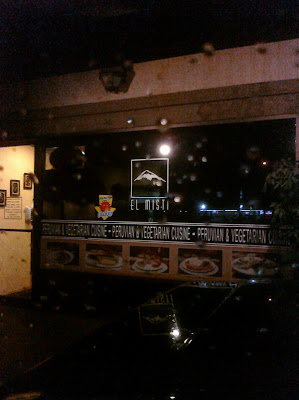 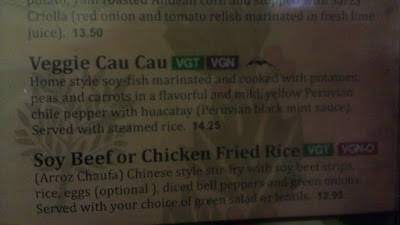 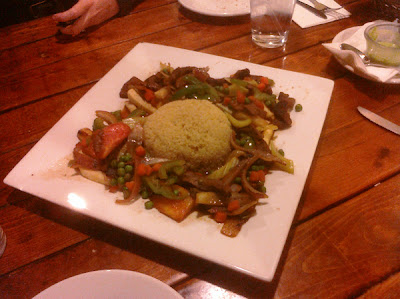 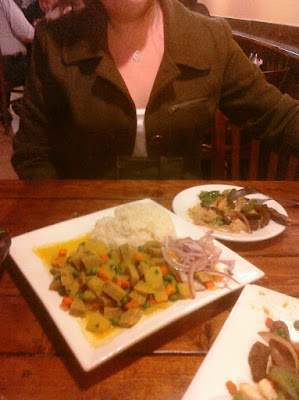 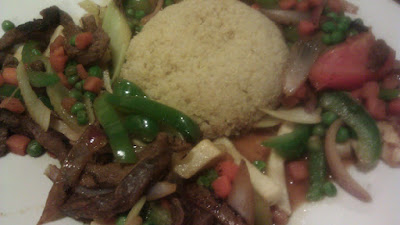 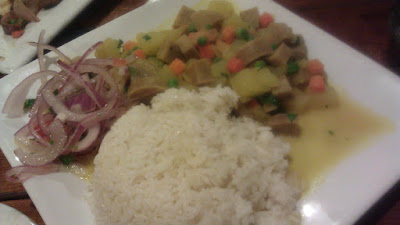 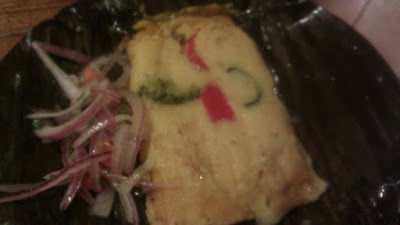 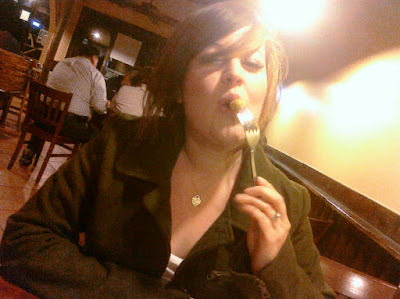 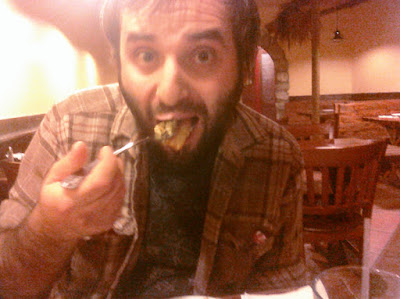