Was at Scion Rock Fest this past weekend to purchasing a new car and listening to metal. I bought like 5 Scions it was awesome. Well, I happened to pull the biggest boner ever the night before and shroomed at 1 in the fucking morning. I got up at 9 to move my car as to not receive a parking ticket, picked up 2 red bulls and drove to The Pump's pad in El Sereno. I pounded the redbulls and still couldn't wake up so I ate a bag of Chex Mix.

We drove to Pomona around 12 and I was in dire need of a legitimate meal. I called my homegirl Caridad asking her where I could get some Vegan Butthole Ammo. She suggested the Vietnamese place next to the Glass House. I went there.

Ordered the Bean Curd and Rice dish with the Bean Curd Spring Rolls, had to have some BEAN CURD or I would die. This food was your average fresh Vietnamese crap, not undelicious, but not crazy good. Reverse barfed the whole plate and went on with the day. So yeah, go here if you are stuck in Pomona for some fucking shitty reason. It is decent food at a reasonable price. 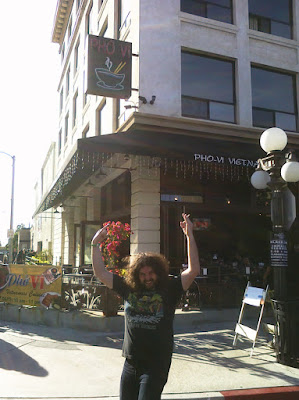 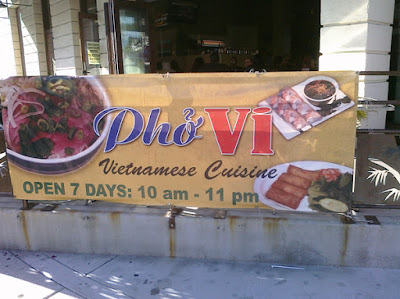 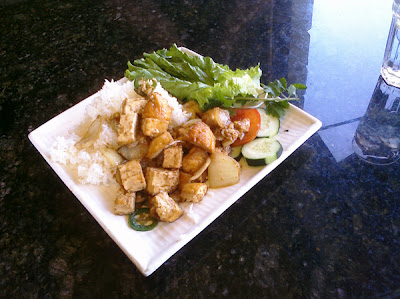 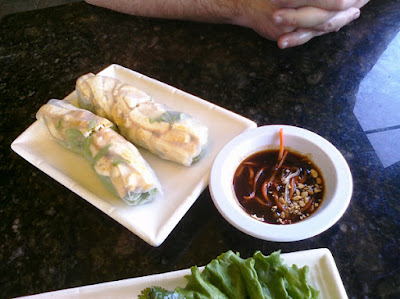 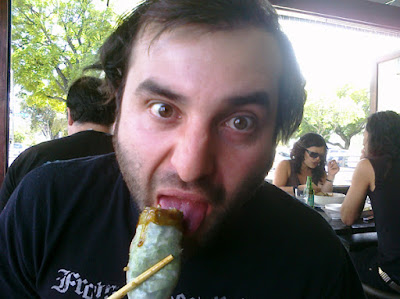