FINALLY back in SoCal. I took the Amtrak back from Portland. I brought a bunch of food 'cause the ride is 30 hours long, I ate all the food in the first hour of the ride. So I had to drop five bux on each of their vegan burgers. They aren't half bad, especially if you eat them drunk. I snuck on a bottle of rye whiskey to tide me over, I was not gonna drop five bux a beer for 30 hours. One used to be able to bring one's own alcohol on the Amtrak, but they changed that up.

So I was back in LA and ate 2 Burrito King burritos within 3 hours of each other, this was on top of drinking a bunch of miller highlife. My innards forgot what it was like to be back in LA. Portland food made my bowels wimpy so I am beefing up my intestines with MEXICAN food.

After crapping for 2 straight hours I went to the Jons Market next to my moms house. Got some stuff to make enchiladas.

This recipe is an augmented version of my families secret recipe. Since we are proud beaners, I cannot divulge all the secrets of this recipe so deal with it.

First make the rice. My mom's dating an asian boy so I used his bag of fancy sushi rice. I suggest using long grain brown rice instead. Pour out a cup of rice and rinse it under warm water. Then pour some oil in a sauce pan and turn the heat up to med high. Throw the rice in and let it toast up. After 2 minutes of stirring drop in 1/4 cup enchilada sauce, 2 tbs cumin, 1 tbs paprika and 1 tbs cayenne pepper. Stir it like crazy. Then pour in 1.5 cup water 1 tbs oil and 1 tbs salt. Let it boil then simmer till the water is evaped.

Now make the refried beans. Buy one can of refried beans, put them in a sauce pan. I'm sure you re-res can figure this one out.

Now make the quinoa. Rinse one cup quinoa under warm water. Dump it in a sawse pan and add 2 cups water. Thrown in a pinch of salt and cook it on low till it's done.

Now fry the tofu. Cut the whole package of firm tofu into rectangles. Throw it in a frypan with some oil. Add spices. I used this fajita spice and cayenne pepper. Throw in 3 tbs of soy sauce or 5 tbs braggs. Fry on high till it sticks to the pan.

Cut up your vegetables. Dice up some zucchini, mushrooms, olives onions, spinach and jalapenos.

Now make the cheese sauce. This is where your culinary skillz come in handy. Get a food processor, pour 1 cup of plain soy milk, 4 cloves of garlic, 1 tbs onion powder, 1 tbs garlic salt, 3/4 cup pine nuts, 1/4 cup almonds, 1 jalapeno (deseeded), half a lemons worth of juice and the secret ingredient 3 tbs baba ganoush. Blend the fuck out of it. Now throw that crap into a sauce pan, add 1 tbs olive oil, 2 tbs salt and 1 cup of nutritional yeast. Stir in the nooch on a low flame till it is no longer powdery. Let it cool off.

Now the sloppy part, get your mom to help at this point. Put a jizzload of oil into a frypan, put the flame on low. Drop your corn tortilla into the pan for 10 seconds, then take it out with some tongs. Then tea bag it in the enchilada sauce and throw it on the baking sheet. Now it's CRAM TIME. Put all your vegetables, tofu, quinoa and cheese inside the tortilla and roll it up. Once the tray is full dump olives and diced jalapenos on top. If you have extra sause dump it on the top too.

Make sure you eat these things RIGHT AWAY. Do not let them cool off. The only way to truly enjoy enchiladas is to burn the living fuck out of the roof of your mouth. Plate the ench's, rice and beans. Throw some cilantry on top and eat at least 26 of them or as many as you can till you barf. After you eat try to have sex with your lover without crapping the bed. 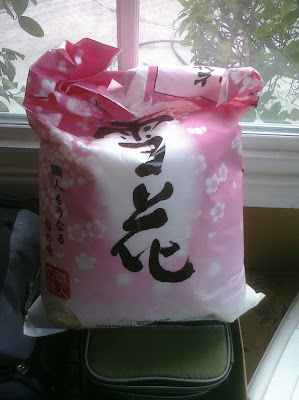 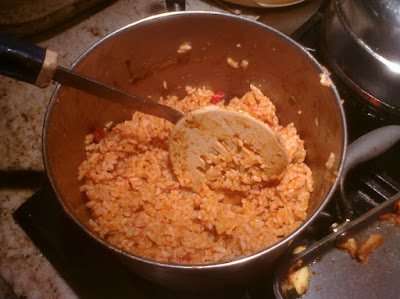 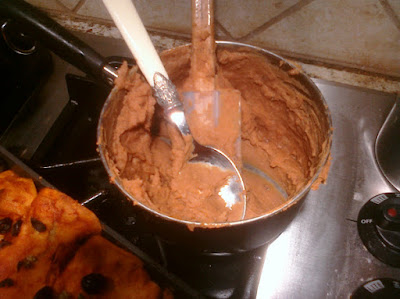 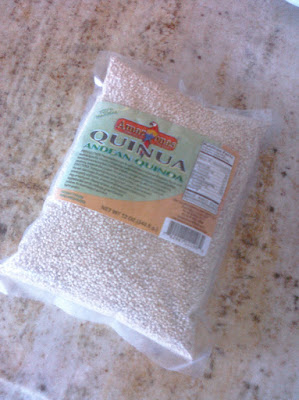 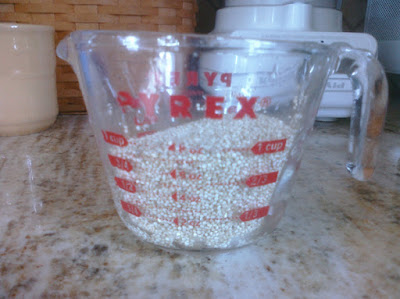 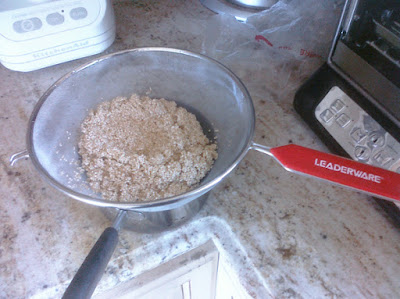 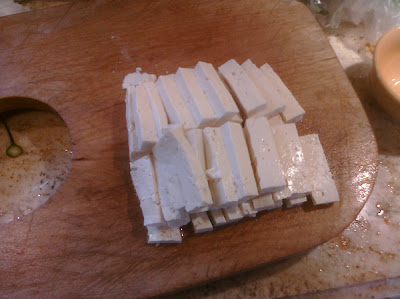 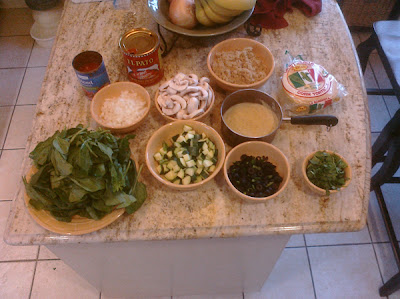 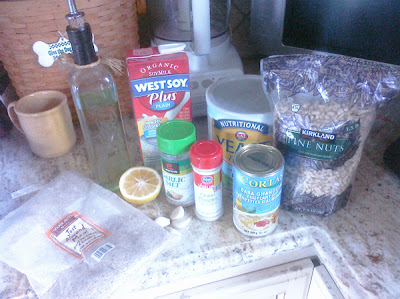 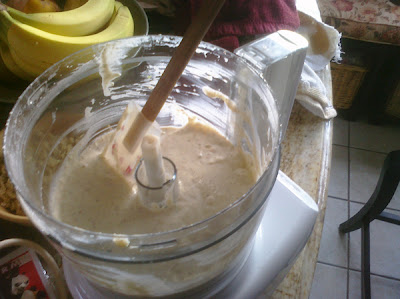 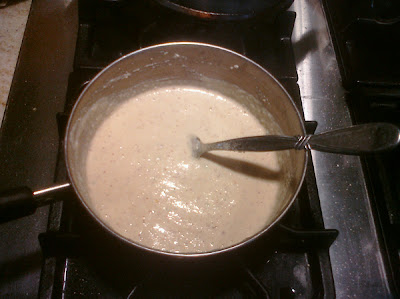 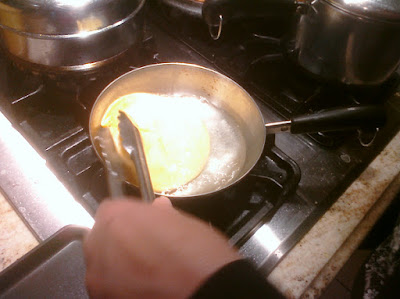 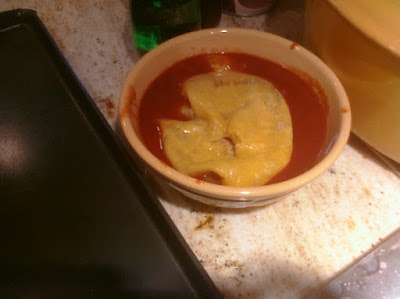 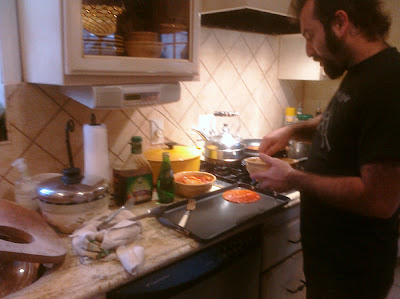 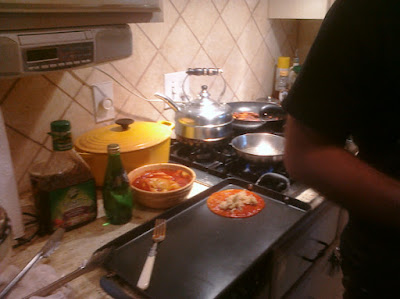 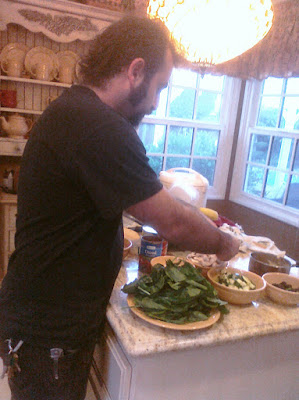 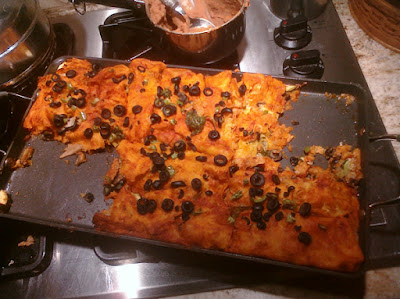 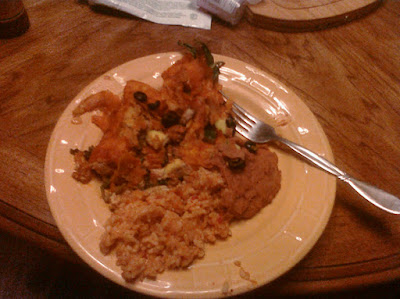 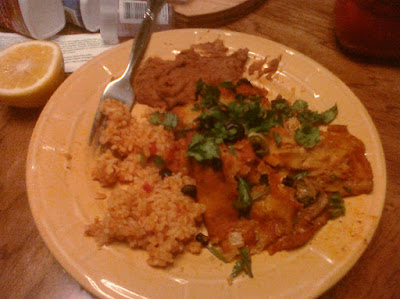 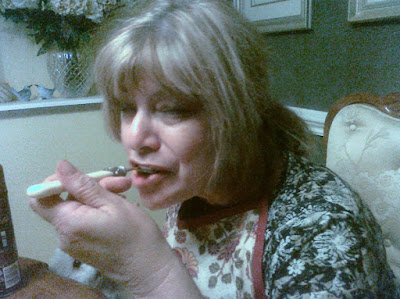 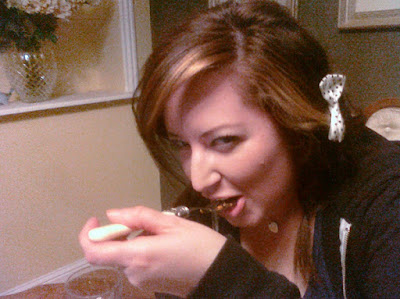 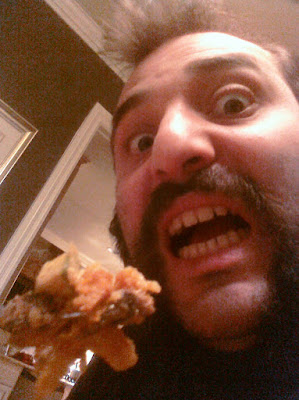