I ordered the Lentil Tomato Soup and the Spanakopita. The soup, like every other place in Iceland, came with bread and hummus. The bread was in little biscuits and the hummus was not too garlicky like all the other places. The soup was pretty good, brothy and full of that thing people call FLAVOR. The Spanakopita came with a green salad that had a pesto dressing, and a tangerine/granny smith apple/celery/radicchio salad. The Spankwirepita was a giant condensed spinach mess with the occasional potato. The crust was dry and flaky and I watched the lady working there take it from the food case and put it in the microwave to heat it. I was not impressed by it.

Ashley ordered the Ginger Stew, it was a curry tasting mess that came with rice, bread/hummus, green salad and a shredded carrot salad. She also ordered a banana pie slice. She was so pumped to eat her food that she finished it before I could take a pixor of her reverse barfing it.

Afterward we saw a bunch of boobs and spiders at the Louise Bourgeois show up in the National Museum, then we jumped on a trampoline in front of someones house at 2 am till we got kicked off, fun times for the 24 hours of sun on this years Summer Solstice. 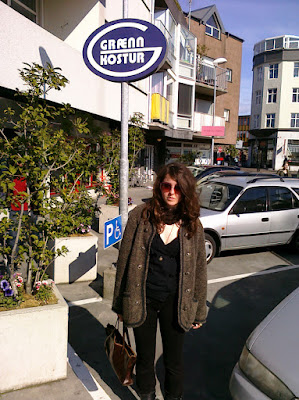 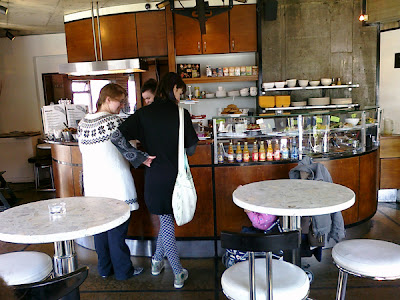 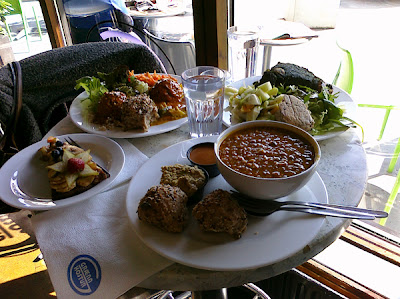 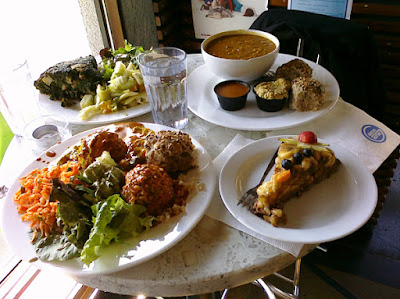 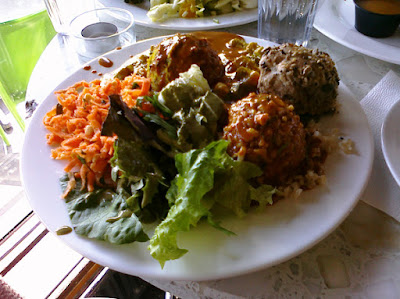 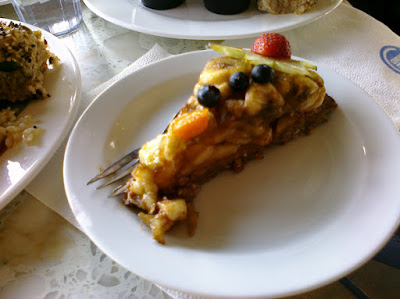 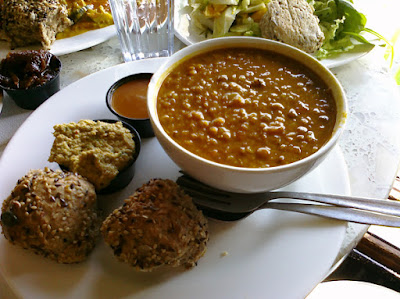 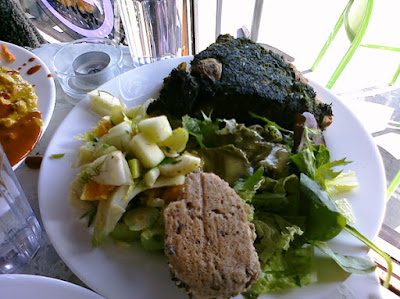 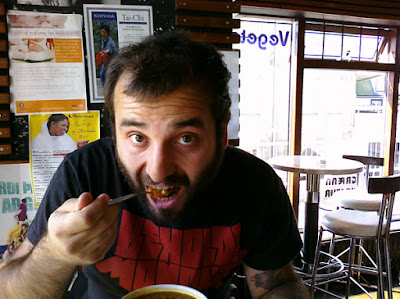 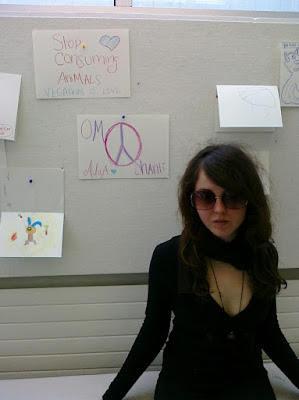 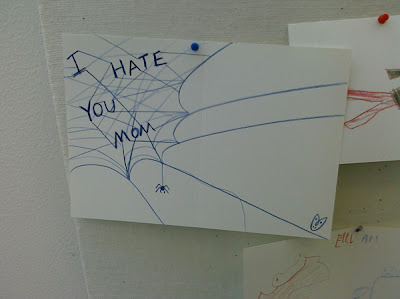 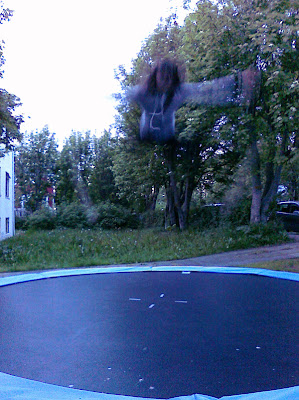 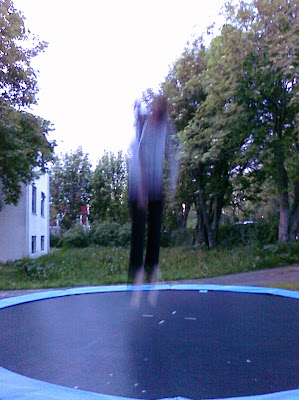