In New York, had to get falafel. I hadn't pooped in a few hours so I needed some more ammunition. Morgan and I were walking around St. Marks place, passing up a buncha punk clubs that turned into joto joints, laffing at boob shaped bongs in the headshops and farting on the building where GG Allin died. We were getting an afternoon drink at Lucy's when the craving came. I needed falafel, my innards were at a stand still. SOMETHING needed to loosen that shit up (literally).

Morgan suggested Mamoun's. She was going on and on about how it's the best falafel in New York, which puts it in the running for best falafel worldwide (except maybe countries in the Mediterranean). So we stopped by. I was super pumped about this place SOLELY cause the falafel sammich was only $2.50.

When I got it I realized why it was only two fifty. In Los Angeles, when you get a falafel sandwich it comes wrapped in a pita like a burrito. I'm guessing this occurs because falafel places are trying to appeal to the beaner population in Cali. But here in NY the falafels come stuffed in a pita pocket. So you basically get half of the pita you would get in LA, also there is less shit crammed in there. WELL, $2.50 was definitely a fair price for this lil snackeroo. I mean I could physically eat six of these, no problem, but as a snak it's totally worth it. They did have raw onions in it which I took out and fed to the pigeons. Overall it was pretty good, on par with Zankou. 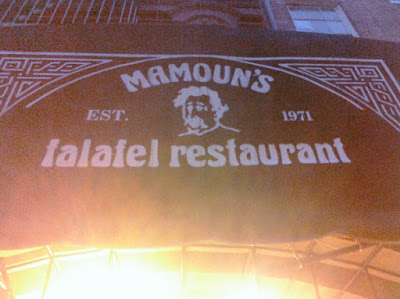 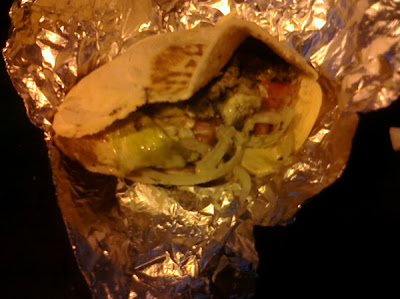 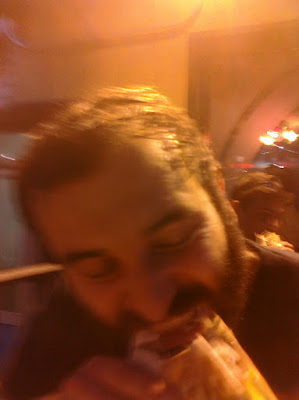