Vinnie's Pizza is a fucking oasis. They make normal meatzzas and then they make vegan pies. They sell shit by the slice too. Went in the other day and ordered two slices, each one as big as my noggin. $4.00 each and groin-grabbingly transcendent.

I got a Sausage and Cheese slice and a Mac and Cheese Slice. The Sausage is Tofurkey Italian Snausage and I'm pretty sure the cheese is Follow Your Heart, but someone was telling me it was Teese. Whatever, it still tastes dericious, me rikey. The mac and cheese slice was more like Hamburger Helper, it had snausage crumbles and hot sause on it.

After I pounded that shit down my barfhole, I went back to Jason's house and played around with his roommate Kristina's cat Cecil. He's kind of a fucking moron, he loves to get drenched in water and he acts like he's burying his poo when he eats, but he's cute as hell so he gets my vote. 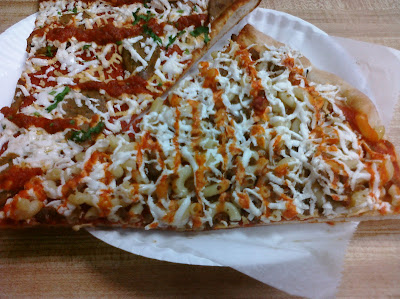 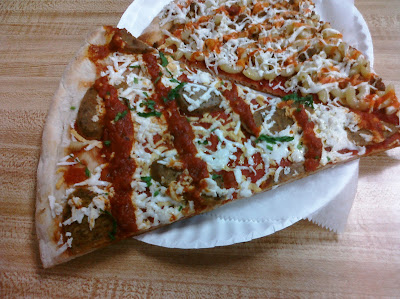 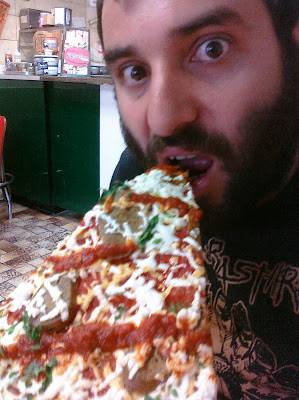