So New York is about a billion times better at living off of EBT than Los Angeles. Many of the corner stores here take EBT and the ones that don't I always ask to use the restroom and double decker that shit. In some of the fancier parts of town they sell tons of vegan crap. Premade noodle dishes, sandwiches, packaged wheated meats. In this episode of Vegan Butthole Explosion, I'm gonna show you how to make a delicious and un-nutritious meal using your EBT card.

I chose to make tuna melts. The recipe is as follows: 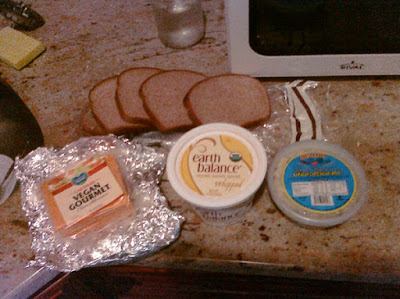 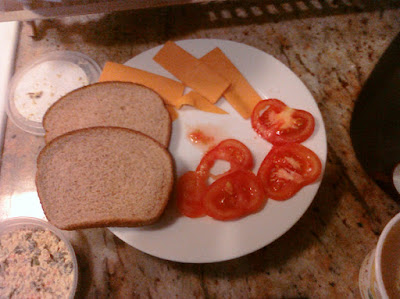 Slice some of the FYH cheese real thinlike then butter your bread. I have some tomatoes in there cause they were in the fridge going bad so I wanted to use them before James threw them out. 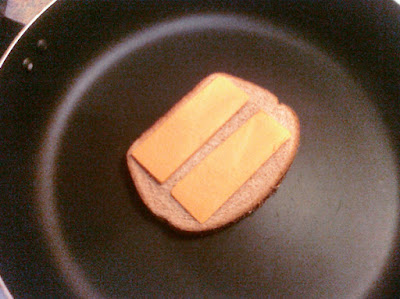 Throw the buttered side of the bread down on a frypan, slap them cheese slices down on top. 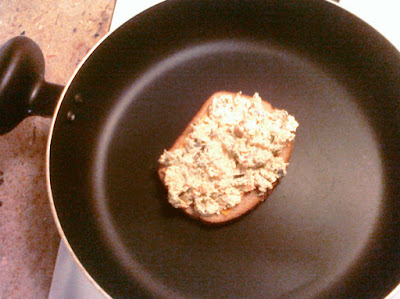 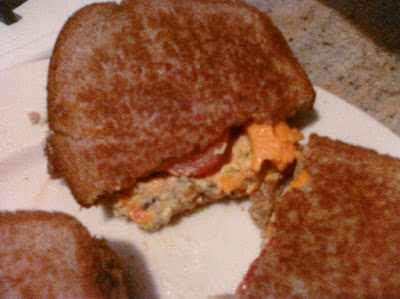 Throw the other slice of bread on top. Cook both sides till they are Puerto Rican in color. 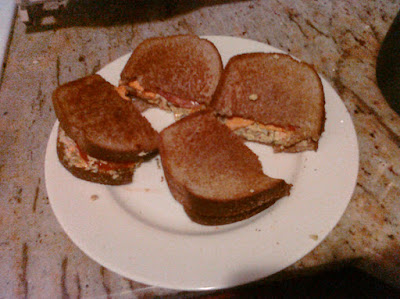 Make sure you make more than one human being can possible eat. Remember, eating is always a power struggle between your mind and your body. Your body will tell you when to stop, but you must utilize your will power and convince your gut that it wants more. 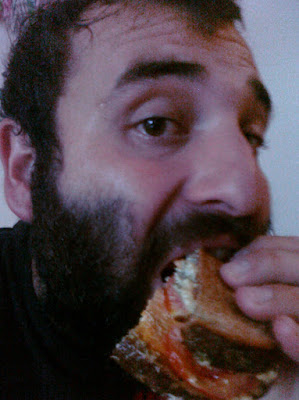 Eating is a contest, whoever eats the most wins. Be sure it is always YOU that can eat more than anyone else. Use your head, take control. No gods, no masters.
Posted by Throb at 6:07 PM