Word up buttholes! Today I will be reviewing a little joint called Doomies. Doomie had a place back in the day in Chinatown but lost the spot because of some sort of government bullshit. You know bustin down vegan restaurants is #1 on the gov'mints to-do list next to eating balls and killing coloreds. Since that Chinatown place closed, Doomies was a catering only gig then he got the new spot in Hollywood.

The new place is in a shithole strip mall near a Winchell's and an El Pollo Loco. Luckily Doomie chose to open up his restaurant in the shittiest part of town to swoop in on that hooker and crackhead demographic. Mel and I parked in the parking lot which had many spots available. We walked in and the place was how I imagined it, like a penguin with a sunburn or a nun on the rag.

Aesthetics aside, the food and service were wonderful. The thing I recall about the old place was the food took forever to get to the table. This time the food came out promptly and the wait staff was polite and observant.

We split the nachos. Since this place serves un-fake cheese we got it with the vegan cheese. It was not tasty. The cheese was flavorless, the ground beef was not even cooked and the chips were unsalted. This is the only crappy part of the review. Now onto the good stuff.

I got the Pot Roast with the daily soup and french fries ('cause they were out of mushded patatoeszes). The soup was the Hotchpot, basically everything that is vegan in the entire world put into one soup. It was surprisingly delicious. The Pot Roast was Gardein Beef Tips (hahahah, Beef Tips) in gravy with carrots, potatoes, celery and onions. It was fucking awesome. It came with a biscuit too.

Melissa got the Chicken Fingers. Battered, breaded, deep-fried deliciousness about the length and girth of a Weimaraner's pink thing. She got the BBQ sawse for some godforsaken reason, even though you can get it with vegan ranch. They were groin-grabbingly transcendent.

After we paid the bill we drove down Sunset and threw water balloons full of pee at the kids standing in line for the Nickelodeon Studio. Get used to it chumps, life is rough. 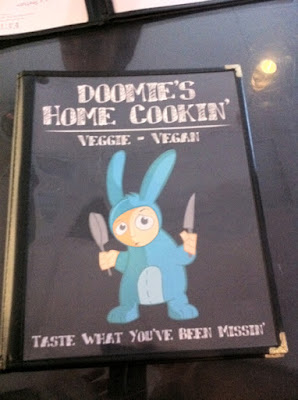 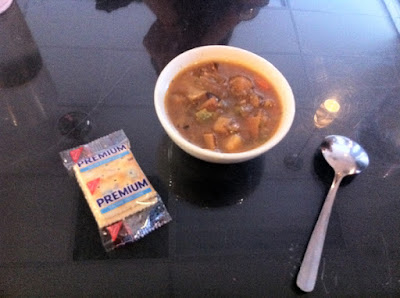 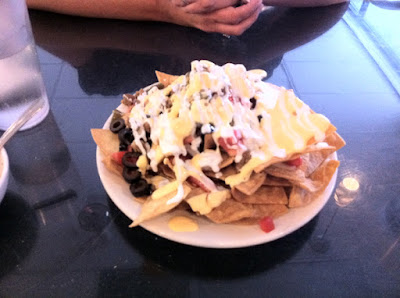 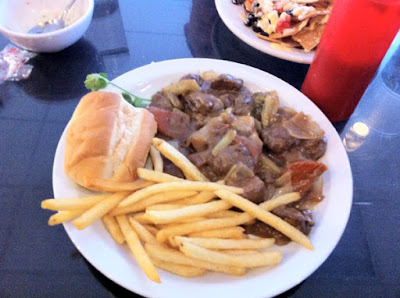 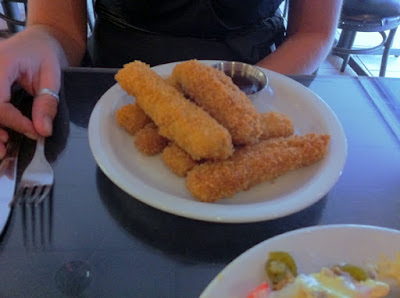 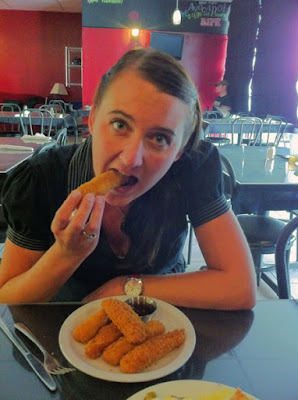 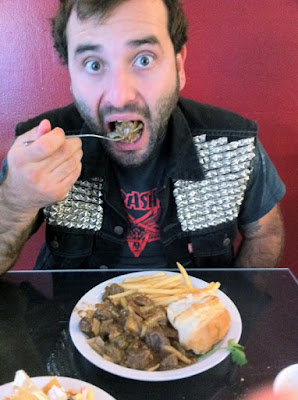