I don't care, I'm on a fucking pizza binge right now. All I want is pizza all the fucking time. People are like "Lets get Chinese food" and I'm like, "Fuck you, Pizza." Pizza is a super food, when you eat it, it makes you feel super. Pizza thickens penis girth by at least 35% and boosts the occurrence of flatulence by 62%. If you don't like pizza you are probably stupid, or dead.

I was drinking some margaritas over at El Chavo for Arielle's going away party. I needed to eat so I walked over to Cruzer's. This was the first time I ordered from them since they turned 100% vegan. Inside they have cupcakes, I got one for Arielle, I think it was strawberry flavor. I got the Vegan Meat Pizza. I know you guessed that but I mean really, my rectum was craving some meat (you read that right). I got the large pizza and a cupcake, it ran around 30 bux. I didn't tip because tipping is for the rich.

This pizza is rad. It has an abundance of meats and cheese. Cruzer's knows how to hook it up. It's in the highest echelon of vegan pizzas in LA. They are also 100% vegan so support them. 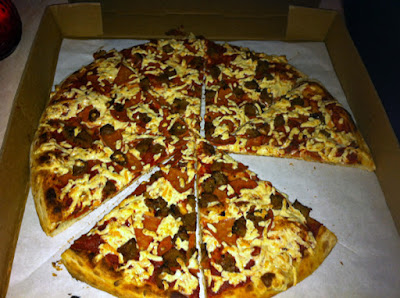 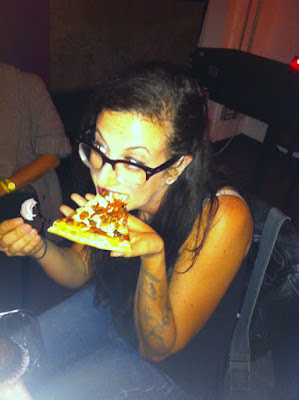 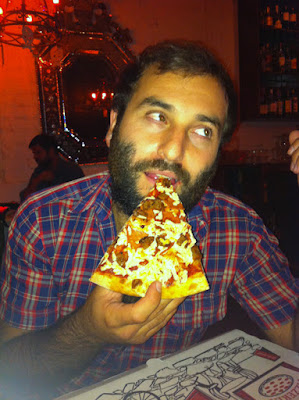