I awaken with a hangover, cranky, dehydrated with a raging boner...for pizza. I wanted to go somewhere besides Purgatory because I'm sick of that place. I consult my Yelp app and they tell me there is a place called Garage Pizza that serves vegan pies. Since I don't hang out with the cool LA vegan crowd, and I don't look at anyone's vegan blog but mine, I never know about new vegan places. I woke up Taryn, started up the van and drove to Garage.

This place is located off of 7th between Spring and Main, which means parking is a bitch-mother. Luckily I found a meter in front of the place and parked the boat. Don't pay for meters if your vehicle is within eyesight, just run out and drop a nickle in when the meter-maid comes to ticket you, then casually flip them off as you walk back to eat.

So I ordered a whole pizza cause this beaner is HUNGRY. It took about 15 minutes for them to make it, so we talked about movies and zombies and crack cocaine. As soon as the pizza got to the table the reverse barfening began. I gave Taryn a slice because she gave me those puppy dog eyes and I couldn't say no. Actually she is so little she can barely finish a slice so I wanted to watch her struggle. The rest of the pizza was all for Homer.

Okay Garage, you should call yourself Garbage. Just cause that name is cooler. The pizza was decent, I mean I may be judging a little less critically because I was HUNGOVER AS SHIT, but the pizza sits somewhere between Cruzer's and Purgatory's in terms of deliciousness. It could definitely use more vegan cheese thats for sure. The toppings were kinda bullshit, thinly chopped onions and bell peppers don't cut it for me. Also the sawse was not the greatest. What did pull this stinko pizza out of the hole was the abundance of Field Roast Snausage and the crust. This was a well baked thin crust pizza, perfect texture and density.

This is my theory about regular pizza places that serve a vegan pie. You are making all your money off of normal pizzas, how often are you selling a vegan pie? Like one in every ten? And the vegan pizzas are always more expensive because of the cost of vegan cheese and meats. Just look at it this way, the normal pizzas are paying for that random vegan pie that gets ordered. You know you are making bank off regular pizzas, have that money fund the vegan shit. Then you can charge regular prices for the vegan pizzas and you don't have to be chunty about toppings and shit. Just my two cents. 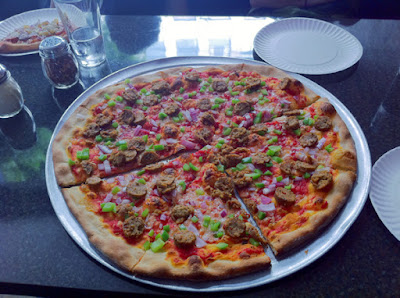 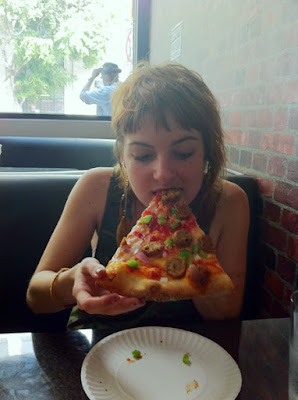 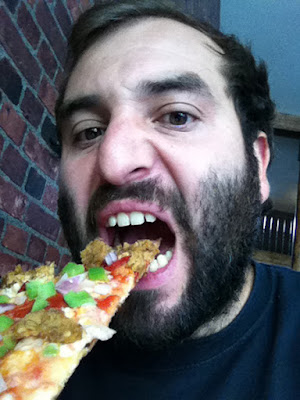