Caridad and I were on another mission for some crap, I can't remember what. We ended up in downtown Brooklyn on a super rainy day. We popped into this hippy vegan spot called Govinda's.


This place is in an awesome creepy dungeon that looks like a place the freemasons would have meetings. It has a huge dance floor and a bunch of tables. There is a small food area against one wall with trays full of Indian food. You pay for a 2 or 3 or 4 item combo and you get bread and rice with it.


I don't remember what we ordered so I'll just make up names of each dish. I got the Albino Bunny Poop, Bum Barf, Baby Dooty with rice and breads. Caridad also got the Bunny Poo, Deep Fried Nerf Football, Rat Meniscus and rice.


So I'm assuming Govinda is the woman who served us the food. She was really polite and friendly which made up for how cold the food was. Although we DID come right before closing, the food could have been a little warmer. Obviously the food was made hours before we got there and sat in warm trays until we ordered it, but the trays were not warm this time. The food definitely had good flavor, and my butthole went NUTS an hour after we ate, but really it was like barely room temperature. The food did come with free raspberry lemonade which was chill. I would definitely go back but earlier in the day when the food is freshly cooked. The spot is totally creepy and worth it. 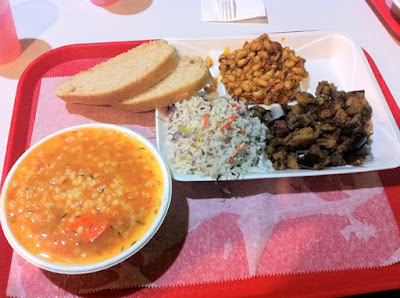 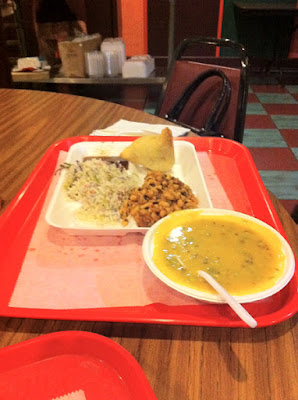 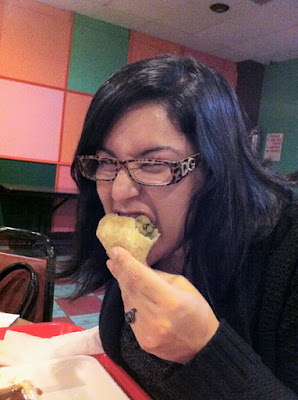 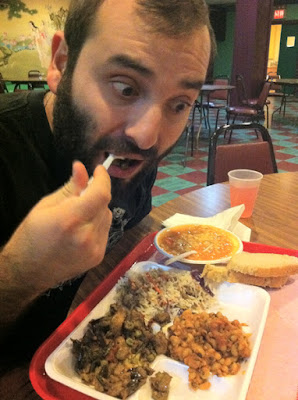