Okay, so right before I moved from New York Caridad took me out on a goodbye lunch date. She had to be at class by 2pm so we had to meAt up in Williamsburg to face cram. She mentioned Bliss Cafe and I said sure, why not? Even though Vanessa warned me about this place months earlier.

God does this place suck. Most of their food is unvegan with a few regular vegan options. I went down the menu list and picked out the most appetizing sounding item, the Seitan Steak Sandwich. Can't go wrong with Satan, steak or witches right? Well let me tell you...

First of all the bread sucks. Tasted like a duck farted in the bread box. The seitan was good but there was nowhere near enough of it in the sammich. It did come with Daiya on it which made my b-hole happy. The onions were not caramelized and the coleslaw sucked dog dick.

I also got an order of the 3 bean chili. Funny thing was we only needed one more bean to make it a 3 bean lunch (that was a joke about Caridad and I being Mexican). The chili was actually pretty good, soupy and brown just like I like it. It came with tortilla chips, they were probably organic.

Man it feels so great shit talking a restaurant over 2500 miles away. What can they do? NOTHING! And this isn't Yelp where they can ask to take it down. Sorry guys I'm just being a huge shlong. This place isn't that bad, just not that great. 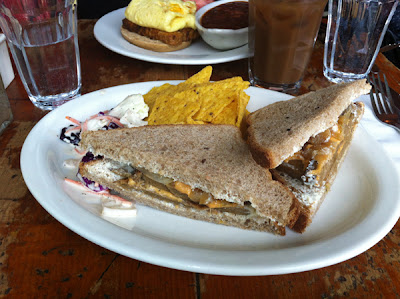 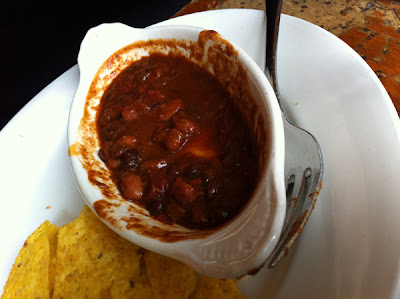 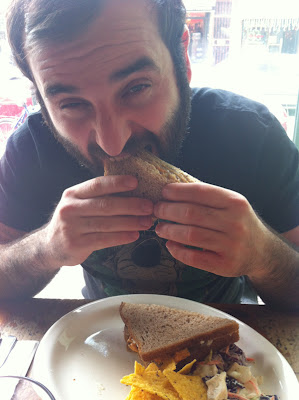