Baklust, The Hague. The Netherlands

So The Shrine finished their European Tour and we ended up in The Hague for five days to record their upcoming album. The Hague is a pretty gnarly place, first of all it's called the haWg, secondly it rains 24/7 here, thirdly we are staying in this dude Guy's dungeon while recording, it reeks of mold and sewage and I'm pretty sure it's haunted. Since I'm the only vegan in the tour van I dragged the other 6 dudes to go eat some vegan crap at this place called Baklust. The crazy part about this place is Guy's wife Doreen works there and she let us chill for hours checking our Instagrams on the wifi.

This place is not 100% vegan, but they make a few delicious vegan dishes. I got the Seitan Sandwitch and Court got the Empanadas. Everyone else got egg/cheese crap so they could stink up the dungeon more so. The food here is pretty decent, but I'm not gonna lie, it definitely needed some salt. After dumping half the shaker on my meal I commenced the reverse barfage. Courts empandadas were pretty good, they had some black bean and cashew cheese filling.

After we cram-jammed we walked around in the rain chasing seagulls and yelling at old people. 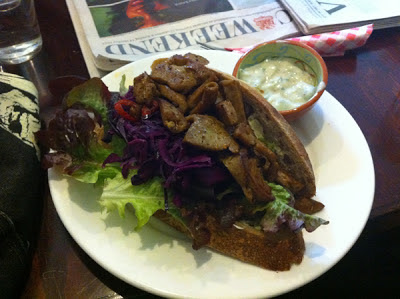 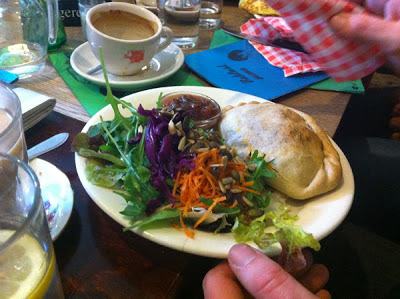 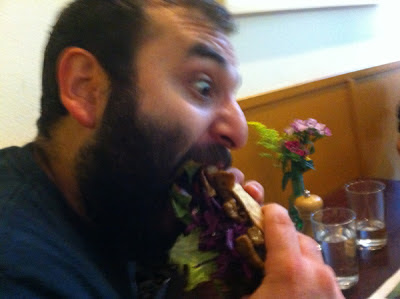 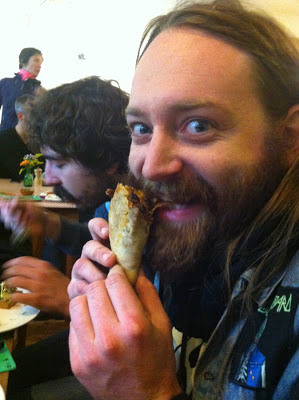