Alright, so I ate a lot of falafel on tour with The Shrine and Fu Manchu and I'm only gonna review the best falafel. Everyone talks about how great the food is in France, but when you're vegan France is the WORST place for food. French people fucking suck hard, they are the worst people in the world when it comes to food. They would kill a baby deer just to eat its eyeball and throw the rest of the carcass in a dumpster. They are what is wrong with the world. French cuisine is total bullshit, hundreds of years of culinary garbage and the rest of the world sucks their dick for it. FUCK THAT. So while in France I only ate un-French food.

Mi Va Mi is a small falafel shop in the Jewi$h district of France called Le Marais. During World War 2 the Jews turned into pussies and let Hitler and the SS boss them around, they went into hiding and no falafels were served in Le Marais between 1939 and 1945. After we bombed Hiroshima and Nagasaki, the Jews got their own nation called Israel and they were allowed to make falafels again.

So The Shrine and I walked from this girl Laura's place to shit-cram some deep fried garbage. The line to the place was a billion people long and French people are total dicks that cut in line. The French are like little children who never grew up or learned to share, I swear they learned how to act by watching the Problem Child trilogy. Whatever, fuck them. So this place is across the way from some other fancy falafel place called L'As du Fallafel which we didn't go to cuz it's expensive as crap and overrated (also it was closed). We all ordered the same shit and reverse barfed the FUCK out of it.

I can't really explain what goes on in my head when I eat delicious food. Real good food takes you back to a time when you still believed in Santa, a time of innocence before you walked in on your dad butt-pounding your mom. Amazing food will transport your brain into other dimensions, it will transcend space and time, you become one with the taste that permeates your palate. When we die, I wholeheartedly believe we are reincarnated as our favorite food and we become someone else's favorite dish. We get to make another persons life beautiful and meaningful and it is then, and only then, that we experience oneness with the universe. 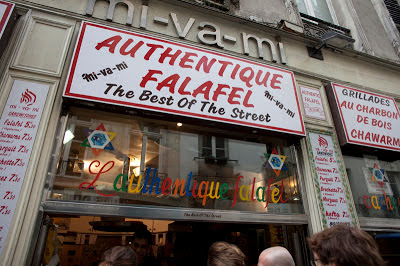 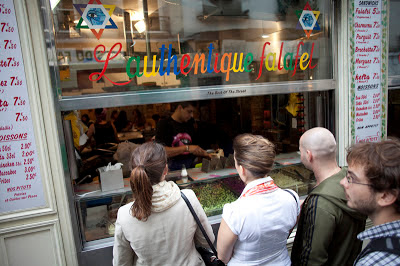 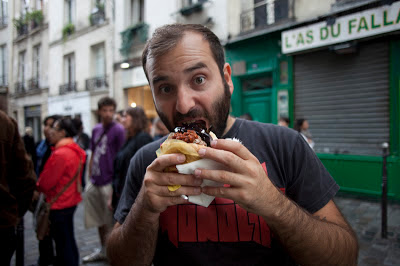