Okay, so I have been adamantly anti-Thanksgiving since I was a wee crust punk but, as the years go by, one understands that Thanksgiving is more about hanging with friends, drinking beer and cramming your suck-hole so full of fake meats that your dick explodes than praising a bunch of white people for helping the Indians stay alive during colonial times. Since I am an impatient little shit I wanted to eat a fake meat roast before the last Thursday of this month, I crave fake meat like a gay craves cock meat, I CAN'T GET ENOUGH! So Melissa and I drove over to Figueroa Produce to get a soy/wheat football.

I was searching for Tofurkey but when I opened the freezer case I saw they had Match Meat Premium Vegan Stuffed Holiday Roast. My balls dropped, I knew I was in love. I bought the meat sack with my EBT card and drove way over the speed limit back to The Hub to start cooking this bad boy.

I chose to make this roast with a bunch of vegetables and gravy. I threw some carrots, potatoes, sweet potatoes, celery, asparagus, mushrooms, garlic and squash in with that shit. The gravy is made with mushrooms, garlic, margarine, flour and water. Melissa made a pot pie which had crumbled up Boca Burger meat, peas, carrots, corn and potatoes. My rectum was clenched the entire time it was in the oven, I wanted to face-cram that shit so bad I couldn't wait.

The food was so fucking good, Melissa can pot a good pie. I'm sold on the Match Meat Turkey, they definitely know how to match my meat, but in all honesty, Tofurkey is still the owner of my heart. So many years of Tofurkey roasts and leftover turkey sandwiches, I think I like it more for nostalgic reasons than for taste. Both fake meats make my butthole shoot streams of rrhea, but Match definitely tastes better with more of a fake turkey texture.

Here are the recipes for everything above: Buy food, cook it, eat it. 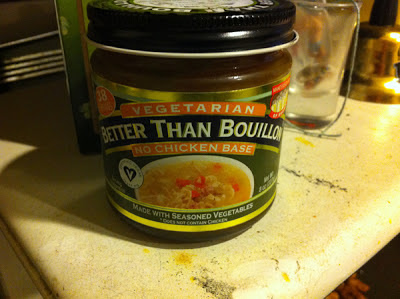 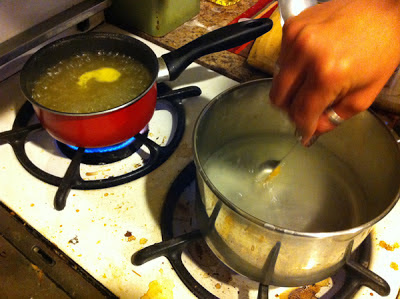 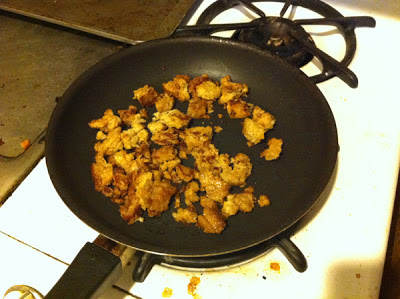 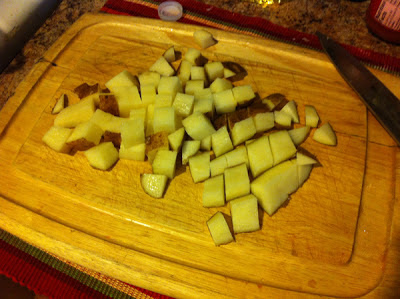 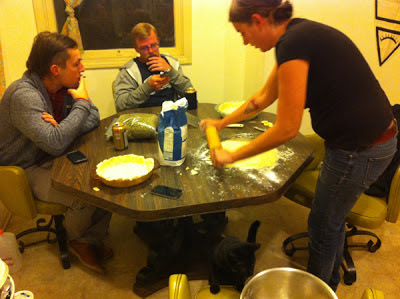 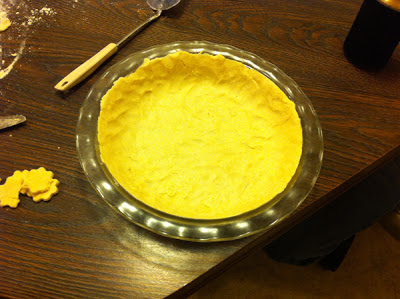 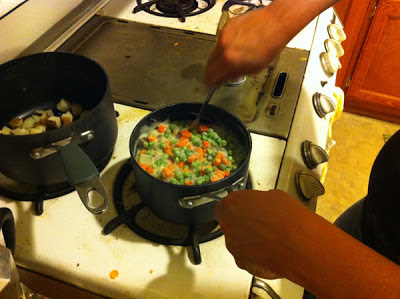 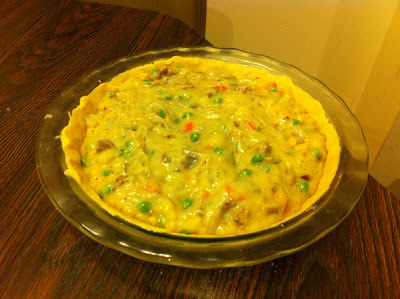 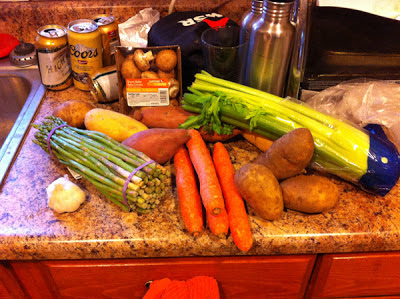 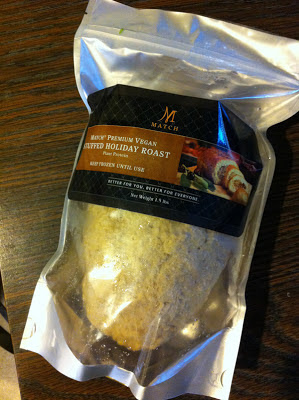 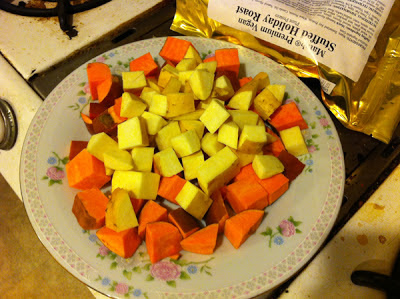 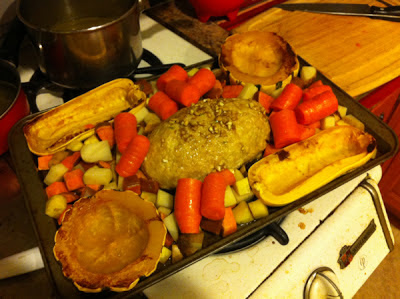 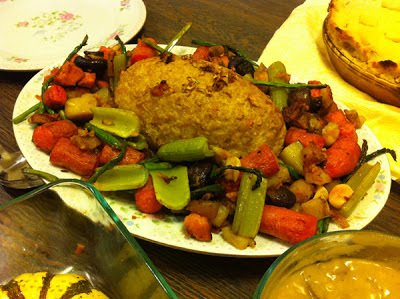 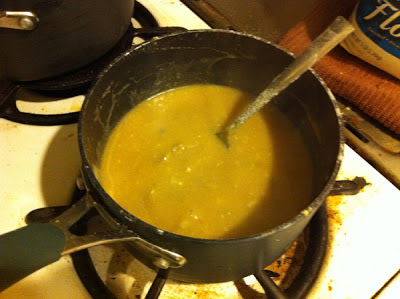 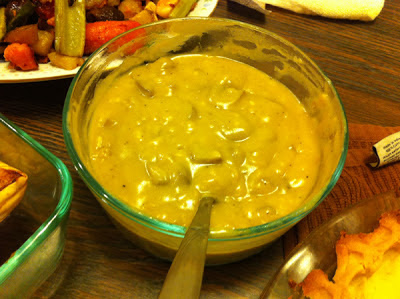 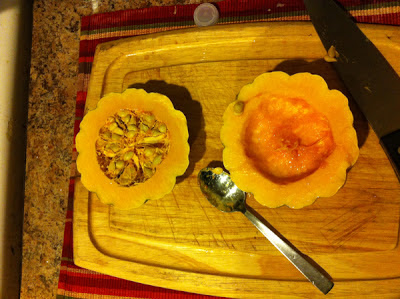 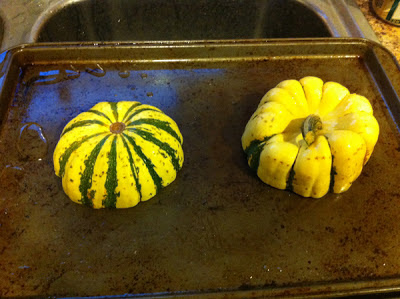 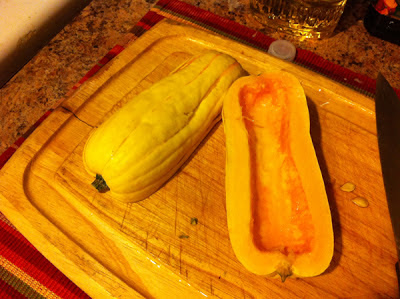 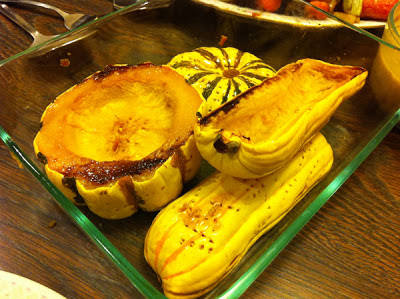 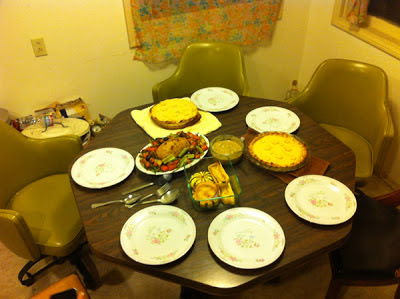 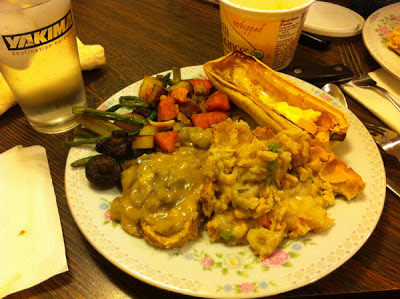 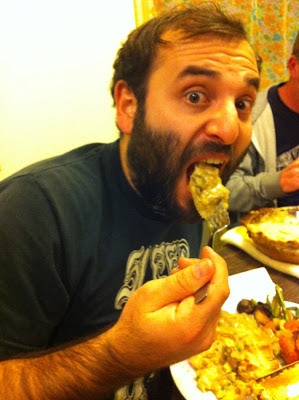 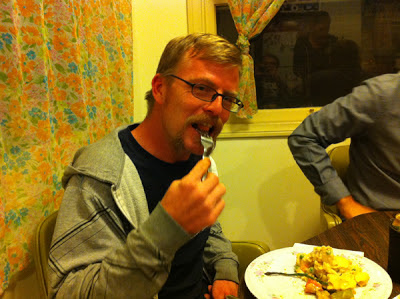 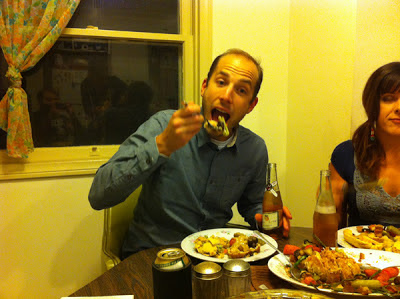 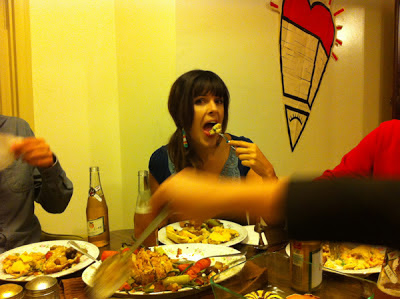 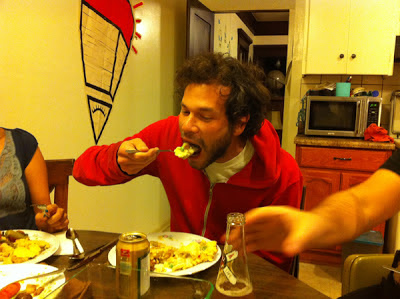 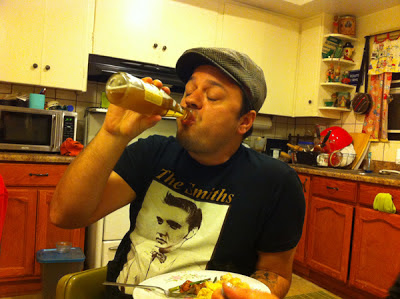 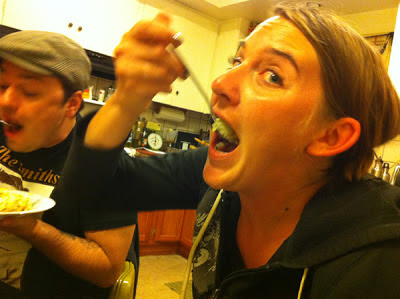