Some crazy shit went down while we were in Karlsruhe, long story short, the tour van got broken into and a bunch of shit got stolen. We had to go to the gestapo station to file a police report before we drove to Switzerland. While the rest of the band was dealing with the bullshit, I walked over to this little vegetarian place up the way called ViVA.

This spot is basically a high end cafeteria near some fancy mall in town. They serve vegan and vegetarian food by the pound or gram or whatever fucking system of measurement they use in Germany. Each item is labeled vegan/vegetarian as to not confuse anyone. I piled a bunch of crap on the plate and paid the fat lady working there. I sat down to reverse barf and realized I needed some water. I walked up to the self-serve water spout and poured a glass and immediately got yelled at. Apparently you have to pay to drink water in this cUntry.

Okay, the food. Of course I don't recall what I piled on my plate, I also don't know what it was to begin with since all the labels were in Deutsch. So lets take a look-see. I see some Chinese Cabbage up in the front there, some Potatoes next to that crap, behind that is some weird red barf looking garbage, to the left of that are some BALLS and then some Brown Rice way in the back there. The only thing that really stood out were the BALLS. Everybody can appreciate a good set of balls, I believe these were vegan Kofta Balls which I've never had before. Throb approves. Other than the balls this food is mediocre at best. 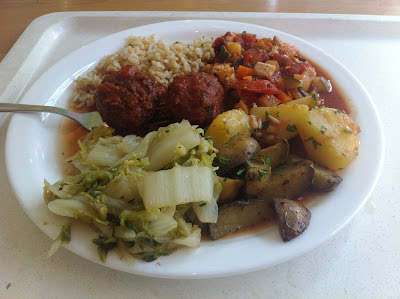 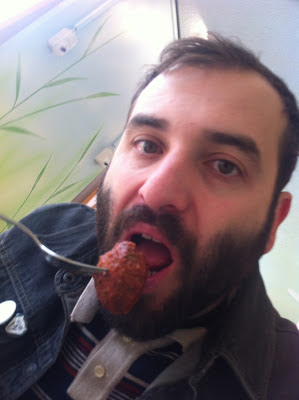 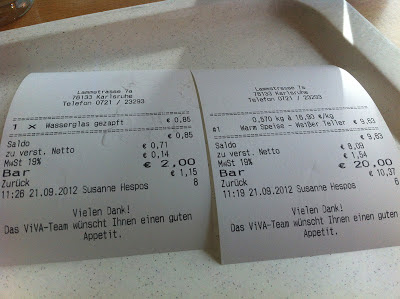