What the fuck was I doing in Reno? It's a long story so I won't bore you with the details, okay yes I will. Melissa and I were on a hot spring road trip through Nevada and we ended up in Reno cuz it was raining and we didn't want to get flooded in at some spot in the middle of nowhere. We were killing time before we could check into a shitty motel so I Yelped "Vegan Reno" and Pneumatic Cafe, like a high school boner, popped up.

This spot is pretty awesome, it's in some random shitty hotel on the second floor. The toilet to the place is down the hallway next to some empty office rooms. All the dudes working there were super nice and helped us find some vintage clothing stores so we could kill more time before check-in. What sold me on this place is the name of my dish. I scanned through the entire menu and like usual, I picked out the grossest sounding thing on it. This time it was called the "Faux Nard." I couldn't have came up with a better name myself, in fact I'm kinda bummed I haven't made anything called a Nard before. I think I'm gonna come up with a dish called "Wolfman's Nards" which will be some gross kimchi smelling dish, super salty with tons of pubes.

The Faux Nard is basically a meatball sub with a crap ton of cheese on it. Normally they make it with real cheese but I got it with fake-real cheese. The cheese is nutritional yeast based which made my pee fluorescent yellow, which went well with my green poop from all the red wine I drank the night before. The meatballs are made of ground up nuts and other crap, I'm not a huge fan of the un-soy fake meats but they did theirs up pretty well. Melissa ordered the Pesto with a side of Garlic Bread. Hers was pretty good but the garlic bread had waaaaaaaaaaaaaaaaaaaaaaaaaaaaaaaaaaaaaaaaaaaaay too much garlic on it. I was burping up garlic stench fumes for the rest of the night. 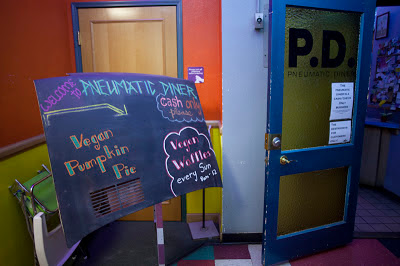 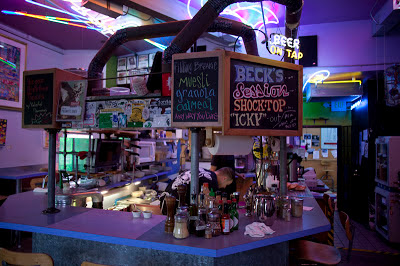 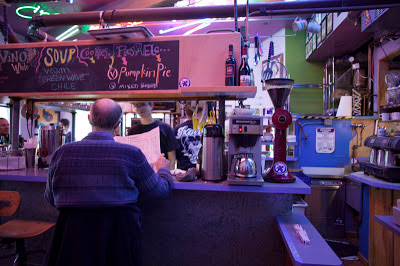 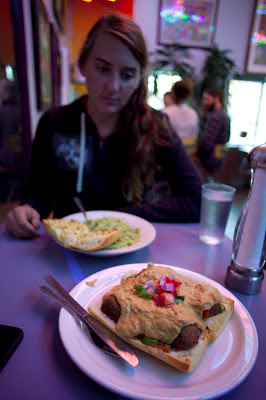 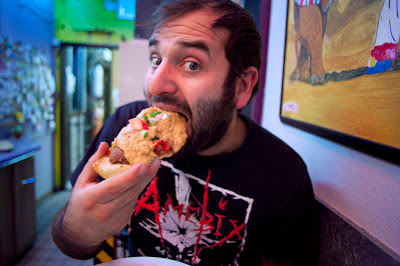 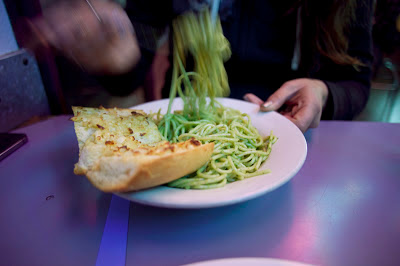 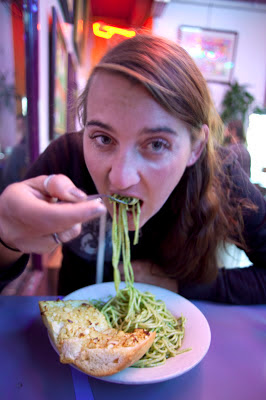