Sam left some tattoo crap in our car and she had to pick it up before she worked on her next client, so we met her at Cha Cha Cha on N Williams. I ordered a Bloody Mary cuz I was hungover, Melissa ordered one cuz she was on her period we both ordered burritos cuz our butts needed poop fuel. Melisser got an unvegan bean and cheese and I got the very authentic sounding El Organico Burrito which had chipotle tofu, mushrooms, spinach, onions, black beans and gwak. My hangover headache was pounding harder than I pounded your mom last night, so this burrito was crucial to my recovery.

A burrito is a very simple food vessel, you take a bunch of random garbage, fry the fuck out of it then wrap it up in a tortilla; it's really easy to make, but also really easy to fuck up. I assumed this place would suck cuz the burrito was $6.50 but, even though the name is super gay, I can't talk shit on this place. It was actually a very delicious burrito, in fact, it was so potent I had to scramble out the back door into the hallway to forcibly eject feces from my sphincter. Good job guys. 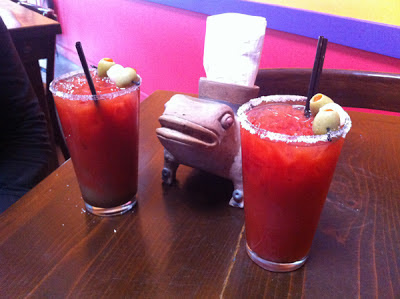 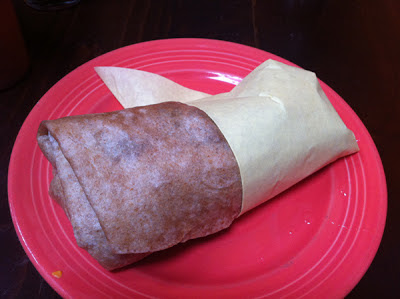 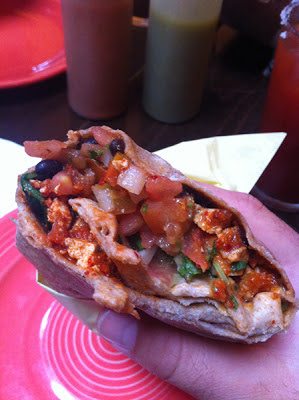 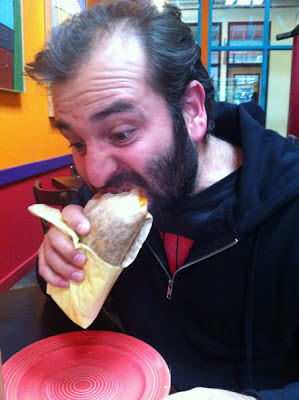